The night before the hike to Mt. Pigingan, I was out with friends in a bar drowning my emotions in alcohol. The decision to end “something” unreciprocated which had been ongoing for X amount of years led to chugging three bottles of San Miguel Light on that night (Yes, I’m a lightweight!). It was the shameless day when I bawled my eyes out inside the jeep and inside a restaurant while me and my friend laughed at my predicament at the same time. Of course, this led to nursing a horrible hangover the next day. I sent a text to my cousin at midnight telling him we would not be able to do the hike because I was feeling “sh*tty,” literally. However, I woke up at seven in the morning more determined to do something rather than moping around. With new found determination, I knocked on my cousin’s door the next day driven by my desire to go hike Mt. Pigingan.

Mt. Pigingan (1,328 M.A.S.L) is situated in Dalupirip, Itogon, Benguet, a two-hour trip if you’re coming from Baguio City. From the highway, the course going to Dalupirip is comparable to Halsema Highway as you’re braving a narrow road with unending, steep cliffs on your left. I admit feeling anxious as we navigated the one-laned, uphill and winding road. We arrived at the base camp in Dalupirip safely around ten in the morning where we registered and pretended to do a little bit of stretching. Our guide, a guy in his mid-twenties, asked me where my cap was. With an innocent and almost cocky voice, I told him that I didn’t need one because I wanted my tan, and boy was I wrong! The sun was furiously gleaming on us when we started the trek at 10:30. Hence, I would recommend getting something to cover yourself when you hike Mt. Pigingan. Use an umbrella if you must (LOL).

The first part of the trail was an easy hike except the scorching sun bearing down on us. We walked on this long and snaky road beside the beautiful Agno river. I was already feeling lightheaded from the heat that I started chugging my water fifteen-minutes from the jump-off. There were barely shades at all because the trails were mostly open. It reminded me of my vicious hike to Wedgemount Lake two years ago. Although most of the pathways were paved, I was giving myself a Lecture of second thoughts. The heat from the sun was doing an excellent job of giving me doubts of whether I was going to make it alive or not. It was starting to get ruthless at this point when the assault became tramping rocky pathways and steeper mountains after an hour. However, as we continued the trek, the spectacular sceneries in front of me mitigated whatever doubts I had that I continued to keep up with my cousin and the guide despite falling behind multiple times. What probably motivated me to keep going  further was passing by other hikers who started at seven in the morning. I was giving myself a pep talk that I was not doing so bad and that I could survive the hike without passing out.

As we reached the vantage point, we were welcomed by the scenic view of the mountains, the magnificent grasslands and the pristine Agno River. I am used to seeing mountains every now and then, but the beauty of the Cordillera mountain ranges far beyond was just jaw-dropping. The cool wind blowing every now and then made the heat bearable as we sat down on the grass and relaxed. We continued the assault for another hour until we reached the quite camp site. The last fifteen-minute climb to the summit was the most challenging for me because I was literally crawling on a slim ridge while trying not to look down on the steep ravine to my left. One wrong step and you could end up falling off the crag with a mangled and unrecognizable face.

We decided to head down while the sun was still shining its glory on us. Making it to the summit and having a 360-degree view of unending mountain ranges including Mt. Ulap, Mt. Ugo and Mt. St. Tomas was worth the “buwis-buhay” hike. As we smiled and gave encouragement to the other hikers whom we passed earlier, I was reminded of how hiking could bring strangers together in the middle of nowhere. We become friendlier in terms of making small talks with strangers and mentally or verbally giving them reassurance that “If I made it to the summit, you can as well” becomes the norm. As for me, the best part about the hike was having a conversation with Gideon Lasco, the guy behind www.pinoymountaineer.com, without even recognizing who he was until I saw his post on Instagram. Yes, I am a big fan of his brain cells, but my fangirling moment came too late. Finally, the fact that we hiked Mt. Pigingan in 5 hours back and forth when the average trek going up takes about 4 hours according to the locals is a well-deserved moment of giving myself a good pat on the back. Despite feeling crabby from the previous night, I made it alive and well. 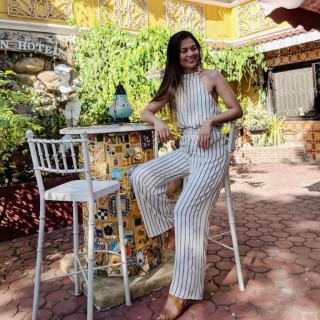 A travelling, hiking, and food enthusiast by heart.

2nd ❤️: the beach🌞 #beach #itsmorefuninphilippines
I make myself suffer I tolerate the pain The bloody sweat The scorching sun The pesky bugs Because with this kind of view, everything is worth it.. . . . . . . #vancity #beautifulbritishcolumbia
Little things in life are meant to be appreciated like this beautiful, fiery sunset somewhere in the Cordillera mountains. . . . . . . . #nature #sunset #itsmorefuninthephilippines #benguet
When you wish you could just swim😌 . . . . . #beautifulbritishcolumbia #vancity #lindemannlake
The highlight of today is finally getting to wash all the dirt accumulated from a long hike. 😬 . . . . .#summer #bcnature #vancouver
When you’re having too much fun with Christmas lights😬 #napaagaangpasko . . . . . #lights
Follow The Foxy Igorota on WordPress.com